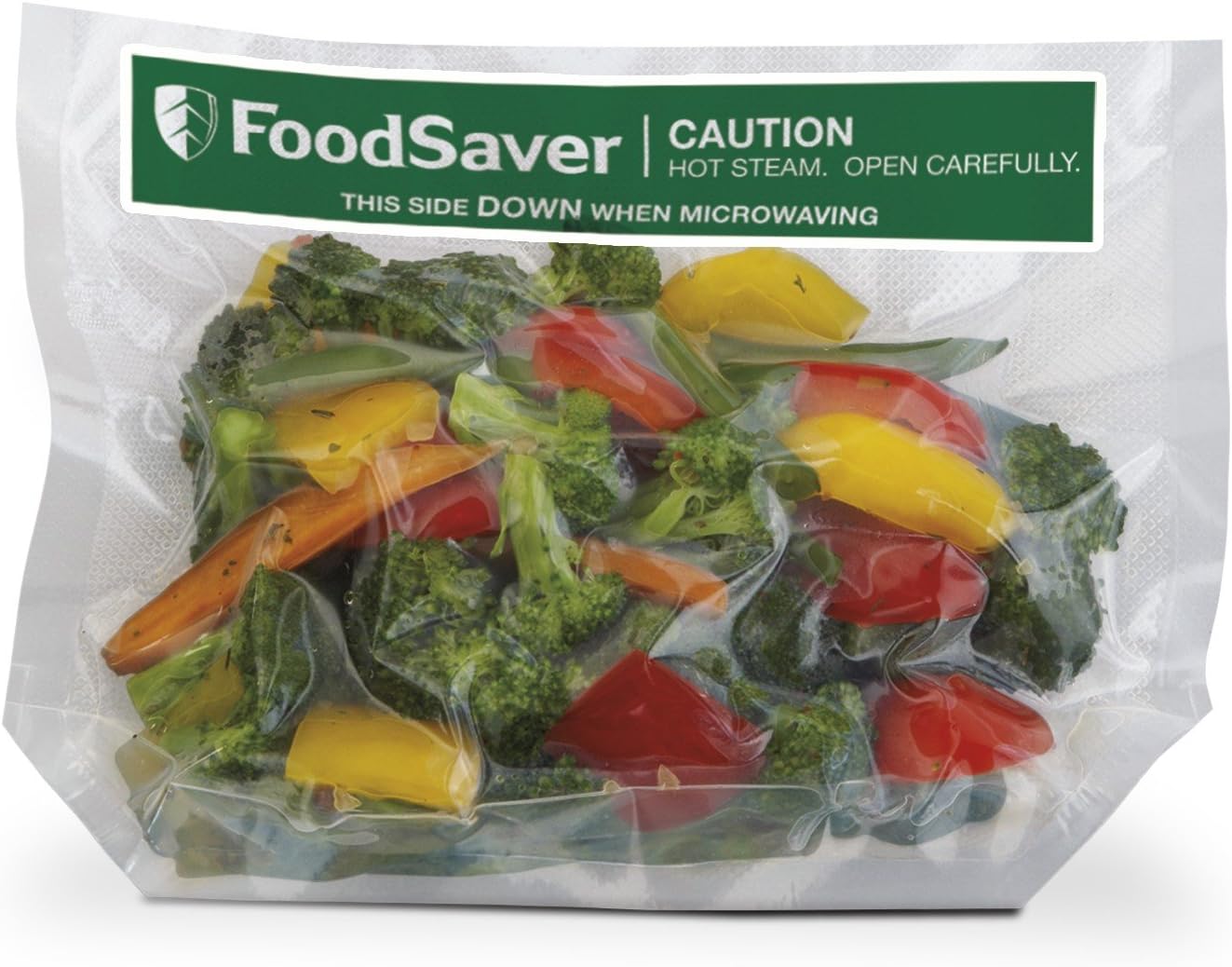 Style Name:Freeze 'n Steam amp; Microwavable
"p"Eat fresh and healthy from freezer to table using FoodSaver Freeze 'N Steam bags. These microwaveable bags are designed with strong, multi-ply construction to block moisture and oxygen and prevent freezer burn. Always have a healthy meal on hand by prepping food, freezing in bags and then microwaving whenever you are ready for a hot meal. Enjoy fresh, seasonal foods any time of year by portion sealing in peak season and freezing for future use. Ideal for busy households too; forego the high-fat, high-calorie fast foods and serve quick, home-cooked meals in a snap with no pots or pans to clean either! Use with FoodSaver Heat-Seal Vacuum Sealing Systems to keep food fresh up to 5X longer. BPA free. Contains 16 Freeze 'N Steam quart-size microwave cooking bags.

Every time you preserve food with a FoodSaver System you are guaranteed the promise of freshness. FoodSaver vacuum seal bags are proven to keep food fresh up to 5X longer**. When air is evacuated from the bag and sealed with an airtight seal using a FoodSaver Vacuum Sealer, food is protected from the deteriorating effects of oxygen.

Why Use A FoodSaver Vacuum Seal Cooking Bag?

Get a head start on dinner by preparing your Freeze 'N Steam bags in advance! Simply fill the bag, season your food, vacuum seal, store in the freezer or refrigerator, and microwave when needed.

FoodSaver FreshSaver Bags seal in freshness by locking out air and moisture, two of the leading causes of food spoilage. The bags are designed with a unique multi-layer construction that creates an air-tight barrier around foods, while specially designed channels allow for the complete removal of air.